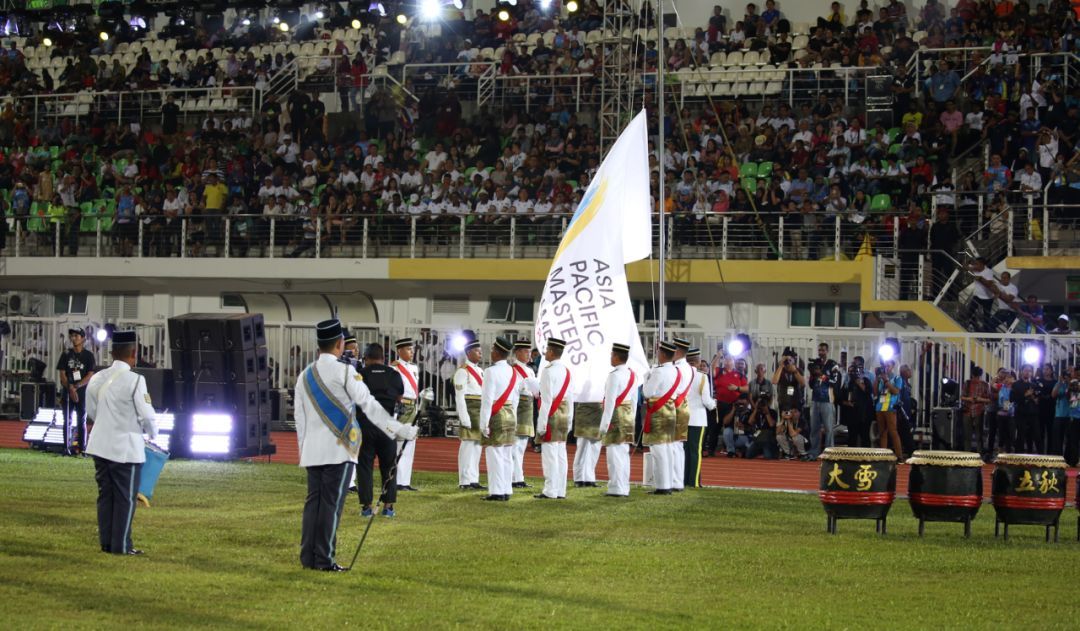 Dato’ Seri Kee Yong Wee’s profound dedication to the sport of wushu has spanned more than four decades and, as a current IWUF Executive Board member and honorary leader of the Malaysia Wushu Team, he is always a welcome and familiar face at the world’s top wushu events. His impressive career spans business, public service, and sport, and he has won numerous prestigious awards in all these categories. In Malaysia he received the Datoship award by the Yang di-Pertuan Besar (equivalent to Sultan) of the state of Negeri Sembilan in 1986, and in 2003 he received the Dato Seri award by the Governor of Penang – both high honors conferred by Malaysian rulers upon recipients who have contributed greatly to the nation.

It’s undeniable that Kee not only helped lay the foundation of wushu in Malaysia, but also that he helped nurture it to a spectacular maturity, making his country one of the most powerful and talented wushu nations in the world. Kee reflects back on how this process happened. “ Wushu was originally registered under traditional cultural activities of the Chinese population,” he says. “As such is was not part of recognized Malaysia cultural activities. With the persistent efforts of the Wushu Federation of Malaysia (WFM), wushu was recognized and registered as a sport event in 2000, receiving government support and funding. By 2004 our Federation was able to get the government to maintain a team of full-time wushu athletes (some 20 of them). Each year the government allocates around USD $300,000 to USD $400,000 to look after and train the national wushu team.”

In the year 2002, the XIII ANOC General Assembly was held in Kuala Lumpur. The Malaysia Wushu Federation took the initiative and with the assistance of the Chinese Wushu Association staged a fine display of taolu for over 300 delegates and Executive Board Members of the I.O.C. Kee recalls, “The top leaders of I.O.C were very impressed with the wushu display. This actually started our subsequent effort to move wushu towards the Olympics!”

Kee and his wushu colleagues were also focused on building wushu on a grassroots level in Malaysia. “Our Federation,” he says “was instrumental in getting wushu into the schools as an after-school sport event. From the year 2000 onwards wushu became an annual sport event organized by the Ministry of Education for all schools.” In Malaysia, wushu is now ranked and recognized as one of the most outstanding sports in the country.

Kee graduated with a Bachelor’s degree in Civil Engineering from the University of Melbourne in 1961. He was a UN Fellow for the Industrial Development Program in Bangkok in 1970, and went on to get his Master of Business Administration degree in the UK at the Cranfield School of Management two years later. Kee first become interested in wushu when he took up Yang style taijiquan in 1974. “After that,” he says, “I really became interested in wushu as a sport.” Soon he and others in Malaysia felt it was time to create a wushu federation in Malaysia.

Kee remembers, “In 1975 my taiji masters encouraged some of us to help form a proper wushu organization in Malaysia and so we started the mission!” In 1976 Kee became the founder of the Wushu Federation of Kuala Lumpur and was elected as Deputy President.  “By the time we got 7 out of 13 states in Malaysia to be properly registered as state wushu federations,” he continues, “we (6 of us) made the application for the registration of a national wushu body known as the Wushu Federation of Malaysia (WFM). It was approved in 1978. I became the founding Deputy President of WFM in the same year.”

Kee and other dedicated wushu leaders steadily kept building their national federation and promoting wushu throughout the various Malaysian states. However, Kee was also building an impressive career in business. (He has been Group Chairman of the KEE Group of Companies (KEEgroup Sdn. Bhd.) from the 1980s to present.) At the end of the 80s he took a short break from wushu to focus on his family and work, though he remained close to the Wushu Federation of Malaysia. He also kept an eye on wushu’s sharp ascent in the world of sport once the IWUF took off in the early 1990s. “I took a break from the Wushu Federation of Malaysia from 1988 – 1994,” says Kee. “So, I was not involved in the 1st World Wushu Championships in 1991, which were held in Beijing. In that year the president of the Wushu Federation of Malaysia was Tun Lim Keng Yaik, who told me later that it was a great success and it was a defining event of International Wushu Federation (IWUF).”

As Kee had gained much experience as Deputy President of the WFM from 1978 to 1987, when he returned to leadership in the organization he was elected President in 1996. In his subsequent 16 years as president of the WFM, he worked extremely hard to expand wushu in Malaysia. “We put in a lot of effort to continue to promote the wushu movement and to get it approved as a sport body,” he says. “Around the year 2000 wushu was recognized as a sport (not culture).”

Malaysia hosted the 2nd World Wushu Championships in Kuala Lumpur in 1993, and although Kee was on a break from his official sport duties he recalls that, “Tun Lim told me that it was a stunning success and the Chinese delegates were especially awed by our High-Poled Lion Dance performance. This High-Poled Lion Dance was created in Malaysia in the early 1980s. After this 2nd World Wushu Championships, the Wushu Federation of Malaysia became well known throughout the country.”

Malaysia hosted the WWC again in 2013, and in that time both Malaysian wushu and global wushu had grown substantially. Kee says, “Delegates from over 80 nations came for the 2013 IWUF World Championships. Our stadium was packed on the opening night with more than 4,000 spectators!”

Over the years, since Kee took over the presidency of WFM in 1996, the Malaysian federation has been very active in organizing tournaments around the country. “Slowly,” notes Kee, “We got the notice of the National Olympic Council which admitted the Wushu Federation of Malaysia as its ordinary member. By the time we scored a gold medal in 2001 at the Asian Games held in Korea our wushu standing in the country took an even better turn and wushu subsequently became a fully government sponsored sport. Our athletes were housed at a government boarding sports school where they trained after their schooling hours. Many of them graduated from the Universities over these years! National athletes were given free education up to university level.”

Kee has been a member of the IWUF Executive Board since 2012, actively participating in policy changes and innovations in many aspects of the sport. His experience on the Board as one of wushu’s most successful leaders there is highly valued by his fellow members. For Kee, it also helped grow his insight in continuing to promote wushu in Malaysia. He remarks, “I value my experience in IWUF EB for the last 6 years and felt very privileged to be serving at the world level and have the chance of my life to serve a sport that I have embraced over 30 years! I learned a lot from my colleagues from around the world.”

The Malaysian Wushu Team has become one of the top wushu teams in the world now, and when we ask why it is so successful Kee pauses and reflects for a minute. He answers, “I think our success can be traced to several things. One, wushu has developed a cultural content for thousands of years and it has been revered by the Chinese wherever they are. In Malaysia we have a pool of young Chinese who can be trained from the school age. Second,” he adds, “our Olympic Council and the Ministry of Sports and Education gave us the recognition and support to enable us to promote the Traditional Wushu forms into sports forms.”

Kee continues, “The Wushu Federation of Malaysia is also an integrated national sport body, where members are each their own state wushu federations. Overall, we have nearly a thousand registered individual wushu bodies as our indirect members of the Wushu Federation of Malaysia in our country! The future of the WFM depends very much on the quality of its leadership in Malaysia. Good leaders would ensure a good future for our wushu. However, wushu has become deeply entrenched as an outstanding sport in Malaysia, and I believe with the continuing support of all stakeholders wushu will continue to progress in our country.”

Now in his eighties, Kee looks forward to spending more time with his family and enjoying life. He says, “I have handed over my leadership in the Wushu Federation of Malaysia since 2012 and have became its Life Honorary President. My role is to dispense some advice when required. I have retired from the Asia Wushu Federation as its Vice President last year and look forward to retire from IWUF this year. Dato’ Chong Kim Fatt, the current president of Wushu Federation of Malaysia, keeps very close touch with me since he took over the leadership in 2018, for which I am grateful!”

The IWUF and the entire wushu community celebrates the remarkable achievements of Dato Seri’ Kee Wong Yee, and we look forward to continuing to benefit for many years from his wealth of knowledge, expertise, and lifelong passion for wushu.

MINISTRY OF TRADE AND INDUSTRY, GOVERNMENT OF MALAYSIA 1986

AWARD OF THE ORDER OF GRAND-CROSS BY THE KING OF CAMBODIA 2018 (Highest award for foreigners).

(Above awards were bestowed for public services rendered)