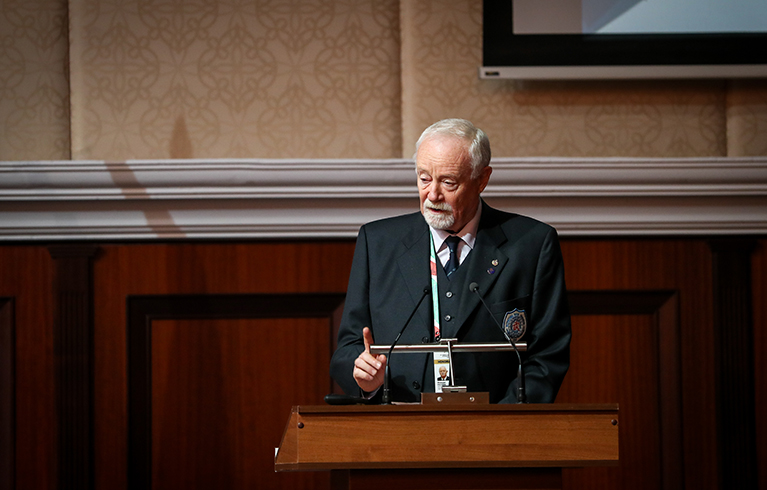 At the 14th IWUF Congress in Kazan Russia, General Giuseppe Falconi was awarded  the title of Honorary Executive Board Member of the IWUF by President Zaiqing Yu, in recognition of the Italian general’s outstanding contributions to the Federation and the sport of wushu. No one would argue that General Falconi richly deserved this honor, as he is well-known and admired by many in the wushu world; but not everyone knows that General Falconi was one of the integral founding fathers of the IWUF, and that his sustained attention and enthusiasm may have markedly accelerated the formation of the IWUF.  In addition to being a nurturing force of modern sport wushu for the past 5 decades and helping launch its popularity around the world, he is always modest and self-effacing. General Falconi’s continual efforts to promote and grow his own Italian Wushu Federation, and the extended family of the European Wushu Kungfu Federation, have also resulted in an impressive and significant growth of wushu on the European continent.

Remembering the Birth of the IWUF

“I remember clearly the birth of the IWUF,” General Falconi tells us, “and one of my best memories is my involvement in the Federation’s emergence and growth. In fact, at the beginning of 1983, I convinced my friend and wushu brother Dan Sita to go to Beijing to visit the Chinese Wushu Association to examine the possibility of our Italian Wushu Federation being part of an international wushu organization. To our surprise, when we arrived in Beijing at the CWA, we were met by then President Xu Cai and General Secretary Zhao Shuangjin who informed us there was not yet an international wushu federation. We were very surprised! Dan Situ and I then made a formal request to found the International Wushu Federation, and this request was welcomed by the two CWA leaders — who assured us it was time to create the Federation.” 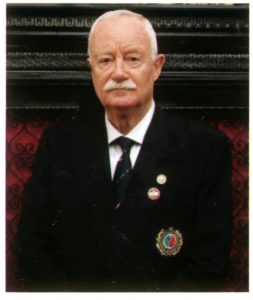 General Falconi continues, “In March of 1985 the first official meeting of the Preparatory Committee of the future IWUF was held in Xian, China. It was composed of  President Xu Cai, General Secretary Zhao Shuangjin, and members Ray Smith (UK), Kyuhei Muraoka (Japan), Nick Gracenin (USA), and myself. I received this position because my friend Dan Sita preferred not to be a politician, but to only teach wushu. Many meetings of the Preparatory Committee were carried out to write the IWUF Constitution and initial Technical Regulations, but the process was well underway. Finally, in Beijing in October 1990 the International Wushu Federation was founded.”

The Life of General Falconi

Giuseppe Falconi was born in Rome, Italy in 1939, and after high school he embarked on his military career. He seemed destined for a glamorous life of military adventure which saw him ultimately rise through the ranks to become a General. He with the Italian Special Forces Army of the Folgore Brigade from 1965-1999, and his specializations included being Commander of the Fantery troops, Commander of the armed tanks, and Commander of the Company of Italian Special Forces. In these roles he was also an instructor of static line parachuting, free fall jumping and HALO jumping, and achieved a first class in ski patrol. As well, he was Brevet officer of underwater demolition in the Italian Navy Military school, and Brevet single pilot of single engine airplanes. Not least, he received wings from England, France and USA. 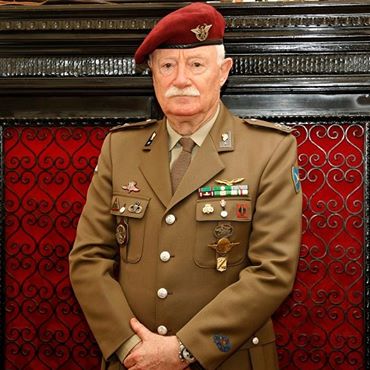 Wushu Career – From Italy to the World

General Falconi’s dedication to wushu ran parallel to his dedication to the military and to his country. From 1965-1982 he was President of the Wushu National Academy in Bologna, and in 1983 was a central founder of the Italian Wushu Kungfu Federation, where he was elected President from 1983-2008. In 1985 General Falconi was also a central architect of the founding of the European Wushu Federation, and from 1985-2006 he was an EWUF Vice President. As noted above, he spent five years working on the Preparatory Committee of the IWUF, and was in Beijing to witness its birth in 1990. From 1990-2011 General Falconi was committed to offering his unflagging service to the Federation and was appointed as a member of the IWUF Executive Board.

General Falconi’s experience as a leader, manager and planner in the military gave him the ideal qualifications to organize wushu events. In 1989 he organized the 3rd European Wushu Championships in Chieti, Italy, and event he ran again in Rome for its 6th edition in 1996. In 1995 he put on the 1st International Wushu Conference in Rome. Two years later, in 1997, the General brought international acclaim to Italy by organizing and hosting the 4th World Wushu Championships – the debut of this pinnacle Championships on the European continent. 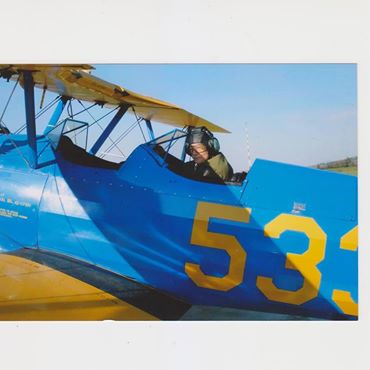 As wushu steadily grew and developed into the 21st century, so too did General Falconi keep Italy at the forefront, hosting the 1st International Mediterranean Cup in Catania in 2004, and the 2nd European Youth Wushu Championships there the following year. Finally, in 2006, as he was nearing official retirement but never tiring of wushu, General Falconi organized the 11th European Wushu Championships in Ligano Udine.

Among the wushu and sporting community in Italy, Europe and internationally, General Falconi has become a revered figure — even something of a legend – among his peers. Some awards he has received include the Knight of “EWUF” merit order, the Silver Medal of the Italian Olympic Committee, an Honorary 6th Duan by EWUF, an Honorary Member of EWUF (2008), and an Honorary Member of IWUF in 2011. When President Yu announced General Falconi as IWUF Honorary Executive Board Member in Kazan in September 2017, the entire IWUF Congress burst into loud and long applause, showing their deep respect and love for this unofficial “General” of wushu who has given so much to the sport over the past five decades. Though now retired, General Falconi is still a staunch and lively supporter of the wushu community, and a respected and beloved presence at many international wushu events. His passion for wushu, which has dedicated his life to, only continues to grow, and inspires us all.